The duodecimal system (also known as base 12 or dozenal) is a positional notation numeral system using twelve as its base. 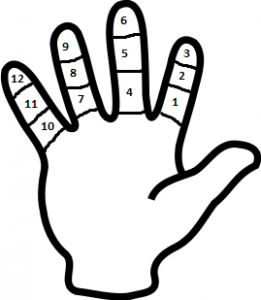 Counting in tens is a biological accident. There is no doubt that we would have adopted a base 12 system if we had been born with so many fingers, and everything would have been much simpler!

On base 12, the 10 digits from 0 to 9 are used, followed by the letters A and B, respectively for 10 and 11. (see here), but adding two new digits is a good opportunity to create a new numerical system with much more consistent symbols.

Kingsland Camp described more than one “ideal” set of numerals in his article “Number symbols” (The Duodecimal Bulletin, Vol.2, n°1, page 16).
Here we propose to adopt this system, modifying the symbols’ value so that the 6 is the cipher on the top of a dial:

The symmetrical geometries of his numerals were intended to more purely convey the digit they represent, by their rotational orientations: 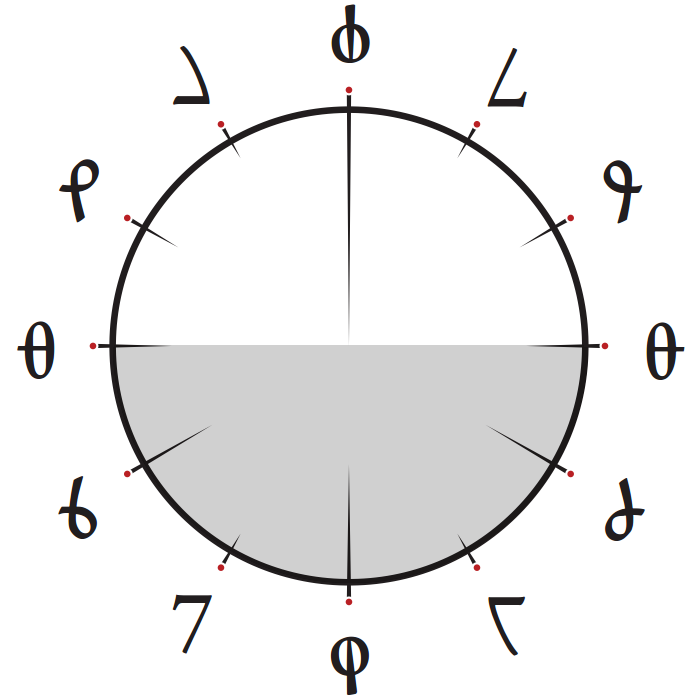 Thus any numeral representing a sixth of a dozen not already covered by the quarters appears as a “fish” shaped symbol.

Here is an ideal proposal for a duodecimal clock: https://clock.dozenal.ca/clock/diurnal_1

The little needle goes around in one day. It is midnight when it is on 0, and noon when it points to 6 (analogous to the position of the sun at this time of day). Each needle spins 12 times faster than the previous shorter one, so each needle spins 1/12th of a revolution at each complete turn of the next needle.